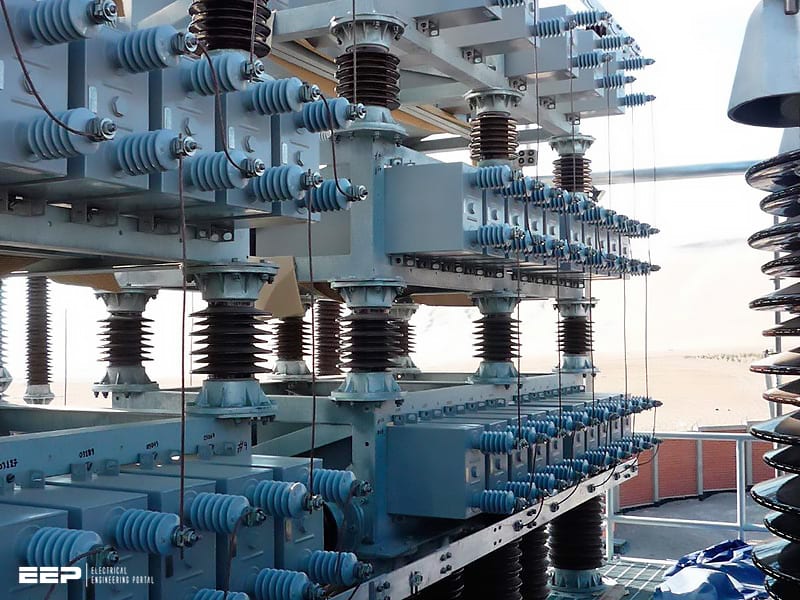 This technical article explains the technical and economic aspects regarding the desired power factor or reactive energy to be charged. If generators are feeding back active energy to the distribution company, one speaks of four-quadrant operation.

The tariff situation then has new aspects with regard to the reactive energy consumption to be charged. The tariff requiring an average power factor of cos φ = 0.9 lagging becomes invalid as explained in the following paragraphs.

Furthermore, it renders prominent the meanings of power factor cos φ and reactive power Q as totally different electro-physical quantities. One could describe them in an inequality like:

Thus power factor is not identical to reactive power and vice versa.

1. The complexity of putting generator(s) into action

Any plan for putting generator(s) into action must be declared to the electricity supplier and registered in a specially negotiated contract. It determines to which incoming supply (if more than one) the generator should be connected. Specifications issued by national or international institutions should be strictly followed.

Power generator units may be driven by primary energy sources like water or wind power, solar cell plants, cogeneration district heating plants or fuel cells. The electrical energy may be generated by synchronous or asynchronous generators as well as by DC generators with DC/AC converters.

The following criteria on driving generators in parallel to the grid are to be noted: voltage stability, quality of the voltage and synchronized frequency. It must further be taken into consideration whether an autarchic operation will be intended.

However, this is possible mainly with synchronous generators.

Figure 1 illustrates the four quadrants of a coordinate system. If generators are in operation four different load situations may occur:

In quadrants III and IV the generators are feeding back active energy to the electricity supplier to be measured by a separate kWh-meter.

Most attention is paid to the situation within quadrant IV! Asynchronous generators especially are able to feed back active energy to the grid, but they import reactive energy for magnetizing!

The situation in quadrants I and II is well known and can be referred as a standard. There the control of reactive power is explained by means of an automatic controller. One can recognize the insensitive bandwidth limited by the so-called C/k threshold lines and the turning around of the zero point of the coordinate system depending on the selected power factor target.

Even though a generator is running in parallel just to reduce the consumption of the active energy from the main supply, the vectors are still moving within the first or second quadrant only (see Figure 2b).

However, if the generator takes over the complete active power consumption and even feeds back active energy into the electricity supplier’s grid, then the vectors change into the third or fourth quadrant (see Figure 2c).

Thus the controller indicates any possible value within 360° of the coordinate system, provided that it is suitable for four-quadrant operation. This is the pre-supposition that the reactive power controller is applicable for operation within all four quadrants.

It must be underlined again that the actual power factor cos φa does not say anything about the actual amount of reactive power Q.

Vector 4 in quadrant IV in Figure 1 symbolizes the load situation where the generator is covering the consumption of active power totally and is feeding back an identical amount to the grid in addition. If the target power factor had been preset to 0.85 lagging, the controller would suddenly intend to compensate to the 0.85 leading side!

The C/k bandwidth is extended from the first quadrant via zero into the third quadrant. This is called the mirror-imaging behaviour of the controller.

It does not ensure that the compensation bank will be sufficient to compensate according to the 0.85 leading side (see vector 6). Seven capacitor steps would become necessary in order to achieve this power factor target.

As is well known, there is the disadvantage of a voltage increase when compensating into the capacitive area. If the compensation bank was not able to achieve this high power factor due to insufficient steps, many modern reactive power controllers would trigger an alarm.

To get proper control of reactive power does not mean presetting the power factor target into the second quadrant, for example the 0.9 leading side in order to achieve the 0.9 lagging side when controlling in the fourth quadrant (see Figure 1).

Remember that the total compensation of reactive power saves active energy (kWh) due to power losses along the leads. This solution is indispensible not only from a technical viewpoint, but also from the economical side as well, as described in the next section.

As mentioned above, customers with their own generator(s) are obliged to compensate reactive power to a desired power factor much closer to unity, cos φd = 1.

As a matter of course the electricity company will not grant any kvarh without charging. Many electrical plants with generators are using asynchronous generators, that is asynchronous motors running with so-called negative ‘slip’. Independent of whether the engine is running in motor or generator mode, it consumes reactive energy for magnetizing the iron core steadily.

Thus each customer intending to reduce the consumption of active energy particularly or even totally by the generator(s) is obliged to compensate any reactive energy totally as well, except if the customer has negotiated a special contract with the electricity utility company.

The following example underlines the facts described above.

An asynchronous motor of 100 kVA rated power is to be driven in generator mode. Its nominal power factor is 0.82 inductive. Although it is feeding back active energy into the grid, the consumption of reactive power amounts to:

The reactive power of the generator is to be calculated by:

Within one day, or 24 hours, the varmeter will count up to 1373 kvarh or 41 200 kvarh approximately per month if the generator is running steadily, for example at water power stations.

In operating with synchronous generators the consumption of reactive energy depends on the preset exciting rate. They are preset to a power factor referring regularly to the lagging side. Then the reactive power of the generator is calculated in the same way as for the asynchronous one.

Compensating reactive power within all four quadrants of the coordinate system due to generators running in parallel requires consideration of technical and economic facts in totally another way to that known from classical two-quadrant operation.

In general the aim is to compensate in achieving unity, cos φ = 1, as close as possible. The compensation bank has to be determined accordingly and the reactive power controller must be suitable for control within all four quadrants.

Individual, national or international instructions are to be followed.